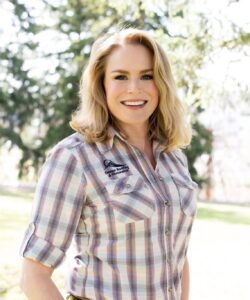 “My partner, Bryan Pearman, started Design Roofing and Restoration in 2011. His father used to build houses. After a brief stint in the mortgage industry, Bryan decided to go back into construction and started his company. He ended up getting his adjuster’s license as well.

He decided he liked insurance restoration work, that spoke to him. He liked working with clients, helping them rebuild. He got a strong sense of satisfaction from that.

I was a commercial construction lawyer for 16 years. I represented owners, contractors, subcontractors, sureties in large commercial disputes in both the public and private sector. But by 2010 I was getting pretty burned out on the practice of law.

That’s when I came to a crossroad

I told Bryan that I can either continue practicing law, or I can help him build his company, but I can’t do both. So we took the leap. I sold my law practice in 2016 and bought a partnership interest in Design Roofing. I have been working with Bryan ever since; we make a pretty good pair.

I’m the Operations Manager, so I do everything from estimate writing to invoicing and accounting, and scheduling. We have to wear a lot of hats in a small business, as you can imagine. And Bryan’s on the front lines. He is an inspector, a project manager, and salesman; he is the one who typically brings in the clients.

Right now we have grown to four offices. We are in Driggs, Idaho; Billings, Montana; Bozeman, Montana; and Golden, Colorado.

What sets us apart is our service quality 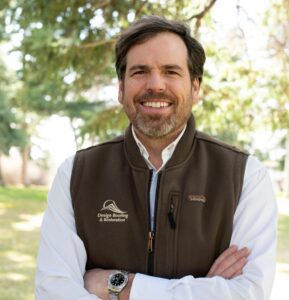 What distinguishes us from our competitors is that we provide a level of service that clients are usually not used to receiving from contractors.

We try to make it a very positive experience by keeping the lines of communication open, being honest about what we can and can’t do, never overpromising and under-delivering, and just showing up when we say we are going to show up.

And that sounds a lot easier than it is sometimes, but quite frankly, that’s something our competition just isn’t very good at. And that’s what we pride ourselves in doing. I think MADSKY also does a good job in the way it handles not only its carrier clients, but also the policyholders. It’s a culture that we buy into, and that we strongly think is what will make and distinguish a competitive and successful company from one who’s not going to do very well.

When people purchase a new roof or new windows, it’s a major investment. And they want to know that their money is going to someone who’s going to handle it responsibly, and who is going to be responsive to their requests for information. So we try to convey that they are a priority. Their home is a priority to us. And we will do whatever it takes to make sure that they are happy.

We’re human, there’s going to be mistakes that are made — that’s across the board. But what I think separates a good company from an average one is how they address those problems. Do they address them in a timely fashion? Do they communicate clearly as to what they’re going to do to make it better?

We try to show that we are going to step up and we’re going to address issues. My background being a lawyer, and basically being an adviser to my clients in all aspects, has helped me not only advise the people in my company how to react to issues and problems, but how to resolve them.

We are a member of just about every managed repair program out there and, by far, the network we prefer to do most of our work with is MADSKY.

They take a lot of the paperwork, red tape, and bureaucracy out of the process for us. That also streamlines our work and makes our job easier.

At MADSKY they also treat their contractors with a lot of respect. I’m a firm believer in mutual respect. You’re only going to get out of somebody what you give to them. With other networks and a lot of insurance companies, the contractors are treated almost like they’re a burden – someone that necessarily has to be dealt with but is not a priority. Whereas with MADSKY we actually feel like a valued member of the team, and we feel that we matter. And that’s very important. I think that goes a long way.

What’s satisfying about being an exterior contractor, particularly an insurance construction contractor, is we come in after a very devastating event and are able to make people feel better and give them peace of mind.”