Taking my company from zero to hero 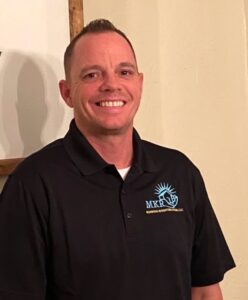 “What’s nice about our company is that our team has been together since childhood. Also, ‘MKR’ in MKR Roofing are the initials of my kids’ names: McKenzie, Kaidon and Ryder, or I call it ‘My Kids Rock Roofing’.

I’m 42 years young and I’ve been in the game for 17 years. I ran with the biggest roofing companies in the country and have had two one-hundred-million-dollar seasons as Sales Manager. I took away an incredible amount of knowledge and experience.

I started my own company in 2014 and re-launched it in 2020. By partnering with MADSKY we had a very successful year in business helping homeowners. We had no escalations, no problem repairs, no warranty issues. We had taken ourselves from zero to hero and it’s based purely on the many years of experience working around the country and knowing how to process jobs from A to Z quickly.

What’s nice about this industry is that  can go from zero to hero in just one season, and it’s all about the team that you surround yourself with.

We have a successful growing company.  By putting the majority of our efforts purely into MADSKY and getting referrals from those claims creates huge opportunity. I think if companies were to have that mentality, they could be very successful. I’ve seen it from the ground zero.

And then using the MADSKY program to train your team, you’re able to grow your staff quicker than anybody because you have a training mechanism built within your company. Within a day or two your new salespeople can learn how to speak to a homeowner about a claim process, how to do an inspection, they can learn how an adjuster would be looking at an inspection.

With MADSKY we have the ability to be the first to build in the neighborhood. The first one who builds wins. We are able to use this as a steppingstone to every storm, every neighborhood and every territory that we decide to focus on. We wouldn’t find some of those neighborhoods if we didn’t have the claims.

Not only does it help us develop a quick, streamlined production, but also, we’re already building, while most contractors are still looking for neighborhoods that had damage.

I’m very excited about 2021. Right now, we’re in Texas, but this year we will be open to work outside of Texas as well.

See how you can join MADSKY’s Contractor Network.