“As a person, you know what’s right and what’s wrong. Life is about choices.

The main reason I have my restoration company is because I wanted to help a couple of people who got cheated. It started with me being an adjuster. In 2004, I was recruited by a contractor who wanted to get into insurance restorations, but the company didn’t do well. He ended up taking people’s deposits and not finishing the jobs. The contractor took the money from 25 homeowners and took off.

I was working as an acting manager at that point for the company. I didn’t want to let those people down, so I called those homeowners and I told them, “Your money is gone. A detective is looking for him.” I wanted to help them out, so I went around and said: “if you have enough money to pay for the labor and materials, I’ll do the work for you for free. I don’t have to make money, but I want to help out if I can.”

I was living out of my car and a hotel.

The Police weren’t sure if anyone was dumb enough to help people for free. So they set me up. The mother of a police officer happened to be a client of that contractor. She had lost money and I offered to help for free. So, the police set up an operation and thought that I was going to take extra money. The day I finished the job without making any money, they came and told me: “Your name is clear. We were surprised that anyone would be willing to work for free”. I told them it was the right thing to do and I was in a situation where I was able to help them.

Also, I asked the salesperson who’s been working for that contractor to come work with me and we’ve been working together ever since.

I was able to make good choices to help out homeowners who were in need, and take care of the guys that I worked with.

The Key to Success

As a company we do about five to ten million dollars a year, and we’ve been in business for 15 years. One of the reasons why we’re successful is because the same guys have been working with me ever since we opened our door in 2005. They treat this company as their own.

We’re one of the few companies that are pretty successful. We don’t just do insurance claims; we do a lot of retail, as well as commercial work. 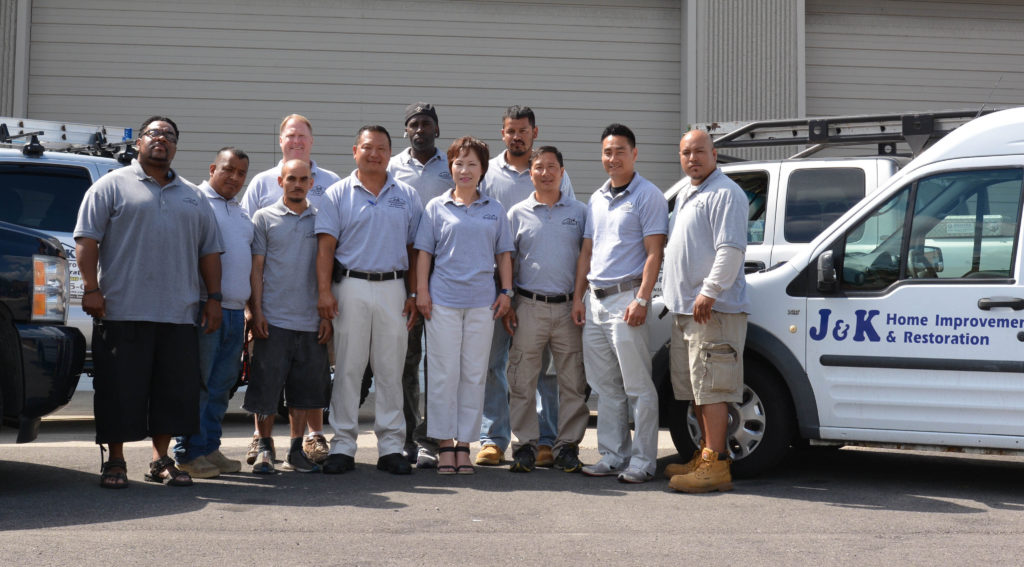 The biggest value in partnering with MADSKY is that we get to be in the front line to help the homeowners.

I’m a contractor, I can’t say bad things about other contractors. But when a program like MADSKY has good contractors like us, it means less hassle for homeowners. Their daily lives don’t have to get too affected by them having to spend extra time researching for a reputable company, making sure their warranty is going to get covered, that the work is going to get done properly, that they have contractors who are licensed, insured and bonded. They don’t have to search for all that. The biggest value in working with managed repair companies is the quality that we can provide for the customers.

I’ve been working with Managed Repair Programs (MRPs) for over 10 years, and MADSKY is a little bit different. I get recruited by different MRPs all the time, but as a company we don’t want to join every one of them. We tend to keep a few that we can work with because we prefer to have good quality than just any work.

Even though we have grown a lot, we still try to operate as a small, person-to-person business. We’re one of the largest companies in the state of Illinois, but we try to run it as a small family-owned business. We try to go the extra mile.

The challenge is to stay consistent and to not forget the way we started our business. Don’t forget where you came from. Sometimes you lose how you felt and how you thought at the beginning. Sometimes people get successful and they slack off, or they have different values now. But I think the biggest challenge is to stay the same. I always tell myself it doesn’t matter how successful you are — you have to remember how you grew up and where you came from.

I moved to America from Korea when I was 11. My dad was a Vietnam vet. After he moved to America, he opened a company called J & K Enterprise. J is my middle initial and K is my dad’s first initial. But, you know, his business didn’t do so well. When I started my company, I didn’t have enough money to pay the corporation fees, so I actually branched out from his corporation. My corporation name is J & K Enterprise of Chicago doing business as J & K Home Improvement and Restoration.

My family wasn’t well off, but they valued honesty and hard work, and I think it just settled into me. Maybe I’m not the brightest or smartest, but I will put my full effort to get the work done.”